Prepare the dressing and marinade by mincing two of the three cloves of garlic and combining them with 1/4 cup lemon juice, olive oil, oregano, salt, some freshly ground pepper, and a pinch of the lemon zest. Whisk these ingredients until well combined.

Place the chicken breasts in a small zip lock bag and add half of the dressing, saving the rest to add to the salad later. Mince one more clove of garlic and add it to the bag with the chicken and marinade. Squeeze the air out and massage the bag to make sure the breasts are well coated in the marinade. Refrigerate for at least 30 minutes.

While the chicken is marinating, cook the pasta according to the package directions, drain in a colander, and let cool.

Heat a skillet over medium heat.  Once hot, add the marinated chicken breasts and cook on each side until they are cooked through. There should be enough oil in the marinade to keep the meat from sticking. Remove the cooked chicken from the skillet and let it rest for about five minutes. Once slightly cooled, chop the chicken into smaller, bite-sized pieces.

While the chicken is cooking, prepare the rest of the vegetables. Dice the cucumber and bell pepper. Slice the tomatoes in half. Pull the parsley leaves from the stems and chop them roughly. Also cut the feta cheese in small cubes.

Finally, build the salad. Add the cooked and cooled pasta to a large bowl. Top the pasta with the cucumber, bell pepper, tomatoes, parsley, and the chopped chicken. Scatter the feta cubes and add a pinch or two of the lemon zest. Pour the remaining dressing over the salad and toss to coat. Serve immediately or refrigerate until ready to eat. 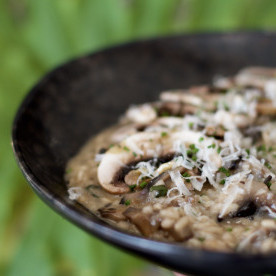 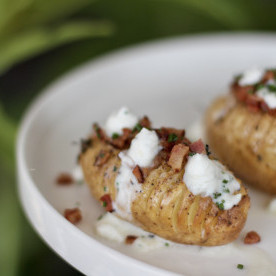 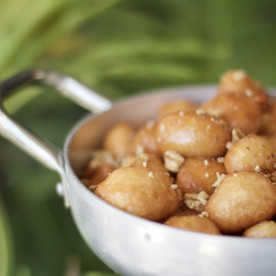 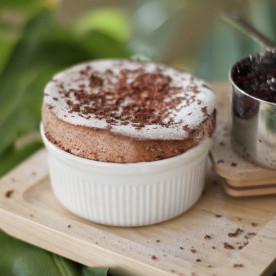